I would like to thank Raymond and Tash for their support with this written piece and for collaborating on the photographs.
Trigger warning: this story contains content about suicide.

I first saw him walking down Bay Road in Kilbirnie in 2010, shortly after I had emigrated to New Zealand. All in black, with headscarf, biker boots and wraparound shades. He looked like a martial arts character from the underworld.

I didn’t see him again for maybe a year. Then I saw him sitting in the sun on one of the green council benches outside the Newtown Bakery & Coffee Shoppe. I wondered who he was.

I kept wondering for about ten years, until March 2021, when – after a long time of not coming across him at all – I saw him from the bus. I finally worked up the courage to go over and introduce myself. He said hello, and told me his name was Raymond.

He was cautious at first, but it didn’t take long before we were chatting freely, and when I asked if he would like to work with me on a series of portraits, he said yes. I would find out that Raymond was a devout Christian who loved Grandmaster Flash and spending time in nature, that he saw special meanings in the outfits he wore and the experiences he had each day, and that despite the trauma in his earlier life, he was a warm and generous person.

I’ve always been interested in socio-documentary photography, and in telling the stories of people and places. Portraiture can be a powerful way of telling those stories and of starting conversations. It’s nerve-wracking to approach a stranger to ask to take their photo. But Raymond had held my attention for over a decade, and I was curious to hear about his life.

On our first day, he turned up in an incredible black leather biker outfit which he had customised with hand-painted gold stars. He had a fantastic sense of style, and in each of our meetings over the following months I was often surprised and impressed by his outfits. Once, when we met to take photos in the Wellington Botanical Garden, he was wearing a bright yellow and red cycling shirt with black biker pants that he had covered with silver studs.

On that first day we just walked around Newtown, where Raymond lives. At one point, an SUV pulled up nearby and a bunch of excited little kids jumped out of the car with their mum, all wanting to have their photo taken with Raymond. They thought he was the character Raiden from Mortal Kombat. Raymond was beaming.

On our second meet-up, Raymond was dressed all in white. Later, I would speak to one of his co-workers at City Mission, Tash, who told me that when Raymond dressed all in white, he was taking on his persona of ‘the white ninja’, and saw himself as a protector, perhaps even a Jesus figure. In black, he was ‘the black ninja’, shielding himself from bad energy. ‘He’s a tough character who needs a lot of care and love,’ she said.

Raymond and I drove into the city. He’d remembered a Chinese sculpture with dragon motifs from when he was younger, and he wanted to look for it. While we were driving, he told me the story of how he’d come to Wellington when was 19. He’d taken a funky-looking yellow pill one night while partying in Whakatāne, the town where he grew up, and woke up late the next day in Wellington, with no idea how he’d got there. He decided to stay. Passing by the Thistle Hall on Cuba Street, he told me that he used to be part of a kapa haka group that once practised there.

We couldn’t find the sculpture. It turned out that it had been removed to make way for a new tunnel entrance and freeway out of Wellington.

On our next meet-up, we went to the forest behind the Truby King House in Melrose. When Raymond was younger and fitter, he said, he used to run up the hill and spend time here. Standing staring up at the trees, he told me that when he was living rough under a bridge in Whakatāne, he was lost. He was hungry and began to pray for food. Shortly afterwards, he went for a walk and found fruit trees alongside the river. To Raymond, it was a sign to follow Jesus. Not long after that, realising he was in trouble, a farmer nearby let him help himself to crops from his fields.

In his late teens, living on the streets of Whakatāne, Raymond faced a lot of loss. He lost friends to accidents like drowning and car accidents, and many to suicide. At one point, this became too much for Raymond to bear, and he attempted to take his own life too. Doctors saved him. At the time he was angry. He hated coming back. A doctor encouraged him to stay strong for his remaining friends, and the new sense of responsibility he felt eventually overshadowed his suicidal thoughts.

Tash adores Raymond. She thinks that at another time, he might have been revered as a matakite – a far-seer, or someone with special intuition. ‘He has perceptual differences, and can see beyond,’ she said. She told me she was certain that if he’d had a more supportive family and school growing up, he would’ve flourished.
Raymond mentions that he often has premonitions. They started when he was a young adult, after he had attempted suicide. Unsettling visions have appeared to him shortly before disastrous events locally or in other countries. He says he has had premonitions related to 9/11, the Christchurch earthquakes, the Pike River mine disaster, and the Mount Ruapehu and White Island volcanic eruptions, as well as plane crashes, tsunamis, migrants drowning in the Pacific, and many other events. I asked Raymond if he feels anxious when he has one of these visions. ‘Nah,’ he says, ‘I feel calm.’ I encourage him to try make drawings of his premonitions. He likes this idea.

Raymond had a difficult upbringing in Whakatāne. When he was about 6 or 7 years old, his mother and father put him and his younger brother, Mark in foster care, though Raymond’s younger sister stayed with their parents. In the new family, the brothers were disciplined by violence. Later, things became even worse when Raymond’s sister, at only 12 or 13 years old, died by suicide.

Raymond had no time or energy for school. Life at home was tough, and school wasn’t much better. He found learning really hard, likely due to undiagnosed dyslexia, which still makes life difficult for him now. He never learned to read or to tell the time on a clock. The kinds of support that now exists for children with learning difficulties just wasn’t there back then, and instead he was confronted with harsh physical discipline.

Raymond mentioned that his brother, Mark, who lives in Whakatāne, now looks after their father’s house there. When Mark called him after many years, Raymond didn’t remember who Mark was – didn’t even remember anyone called Mark. That annoyed his brother a bit, he thought. He didn’t want to return to Whakatāne to see any of his family. If they didn’t want him, then he didn’t want to see them again.

Perhaps like many people who’ve endured trauma when they were young, Raymond found something that gave his life meaning: Jesus, and Christianity. He devoted himself to the church. Jesus, he reminded me, had everything taken away from him. He had a tough and brutal life, but became a kind soul.

Once, when we were walking near Wakefield Hospital, Raymond showed me the shrine to Mother Mary in the gardens. A rosary was loosely dangled around Mary’s hands, and he took great care to straighten it.

He told me about an experience he’d had once, with a priest from the Rātana church. When the priest took hold of Raymond’s arms, he was thrown back across the room. The priest said there was a powerful protecting force within Raymond. For Raymond, it was true: he had a recurring feeling of a force or power within himself.

Bugged by that feeling and wanted to understand it, he visited a psychic, who told Raymond that he had a white stallion and a black stallion protecting him. Also with Raymond was a young girl, standing beside him, looking out for him. It must be my sister, he thought.

One Friday morning, I met Raymond outside his apartment block near Newtown Park. The winter morning light was dazzling and I was excited to take photos. I noticed that one of the appartments had its windows boarded up with plywood, and Raymond told me that at 3 o’clock that morning someone had had an episode and smashed the windows. Then he mentioned that recently he was shot in the leg, for no reason, while walking through Newtown Park. Nobody would help him, so he’d had to crawl down Adelaide Road to the hospital. He stayed at home nervously for two weeks while his leg healed. The person who shot him has never been caught.

Raymond himself spent six months in jail once. He’d got mixed up with the wrong crowd, he said, and the crime wasn’t his fault. He argued his case with help from the church and eventually he was freed. He believed the judge and jury could see that he was a good person, could see that he was innocent. Soon enough, the actual perpetrators were caught and charged for the crime.

For someone like myself who has lived a relatively safe existence, sometimes it is hard for me to fathom how wild Raymond’s life has been. He told me that he once worked at the fisheries and became paralysed from all the long periods of standing. He was sent home to rest. After a couple of days, he prayed to God, and woke up feeling normal. He went back to work, but had been replaced by someone else.

Raymond is tall, almost imposing-looking figure, and I asked him how he kept fit. He just worked a lot, he said – he didn’t like spending much time at home. The four walls started to feel too close. He used to play rugby, but ended up getting into a lot of fights, because he was so fast and could run circles around everyone else.

The next Friday morning, I took Raymond out to Red Rocks on the South Coast. He’d been wanting to go for about five years, and had never seen the seals. The walk was busy and there were a few people along the way who recognised Raymond from church or from around Newtown, some stopping for a quick chat. When we reached the seals, Raymond stood quietly for some time observing each one, taking photos on his phone.

As we walked back to the car park along the stony track at Red Rocks, he told me about the big framed picture of him that his birth father Peter kept on his mantelpiece. It’s the biggest photo on that mantelpiece, bigger than all the other photos of other people in the family, and it’s a photo of Raymond as a boy, at a kapa haka practice, with a painted-on moko, holding a taiaha. 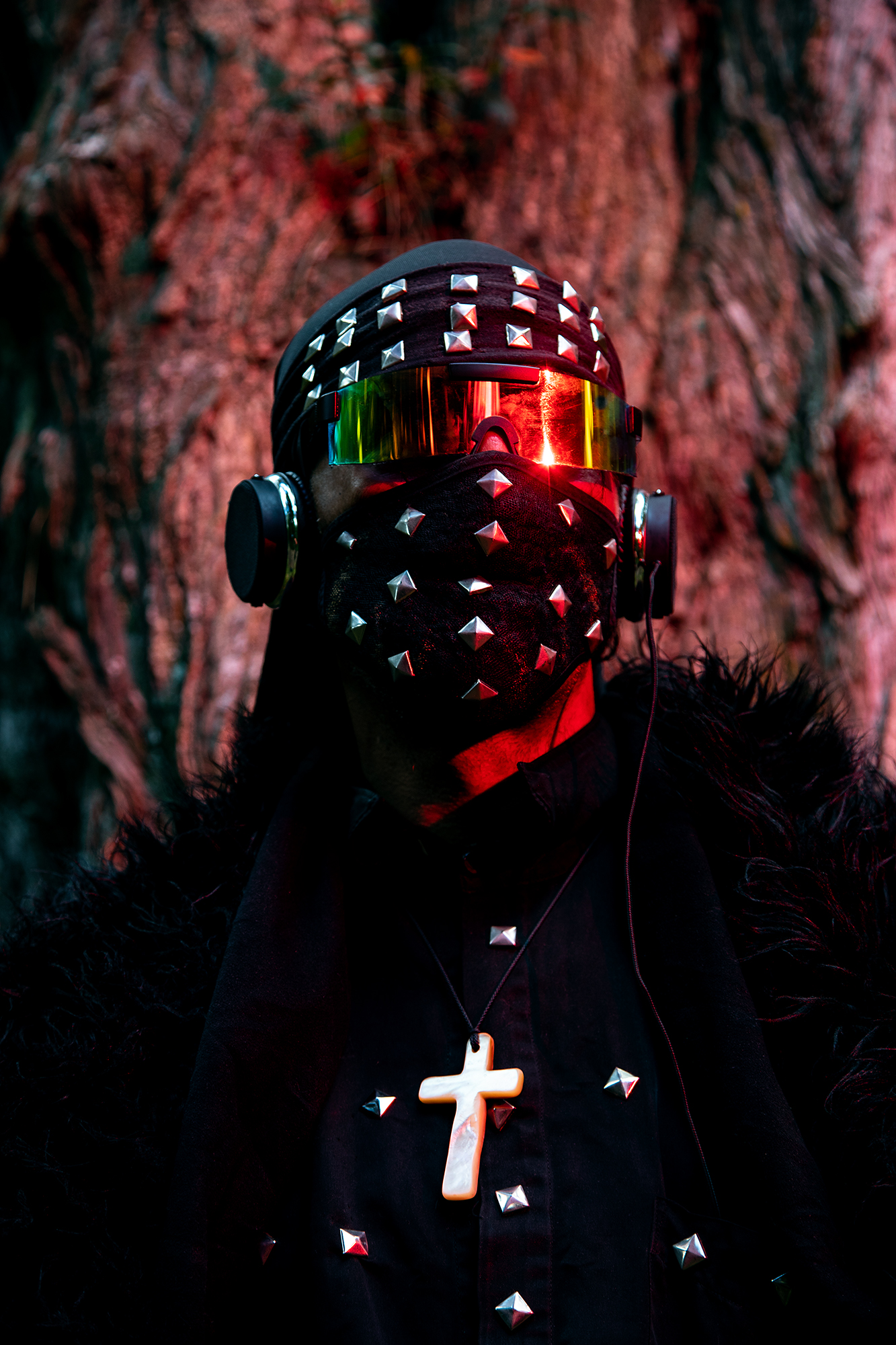 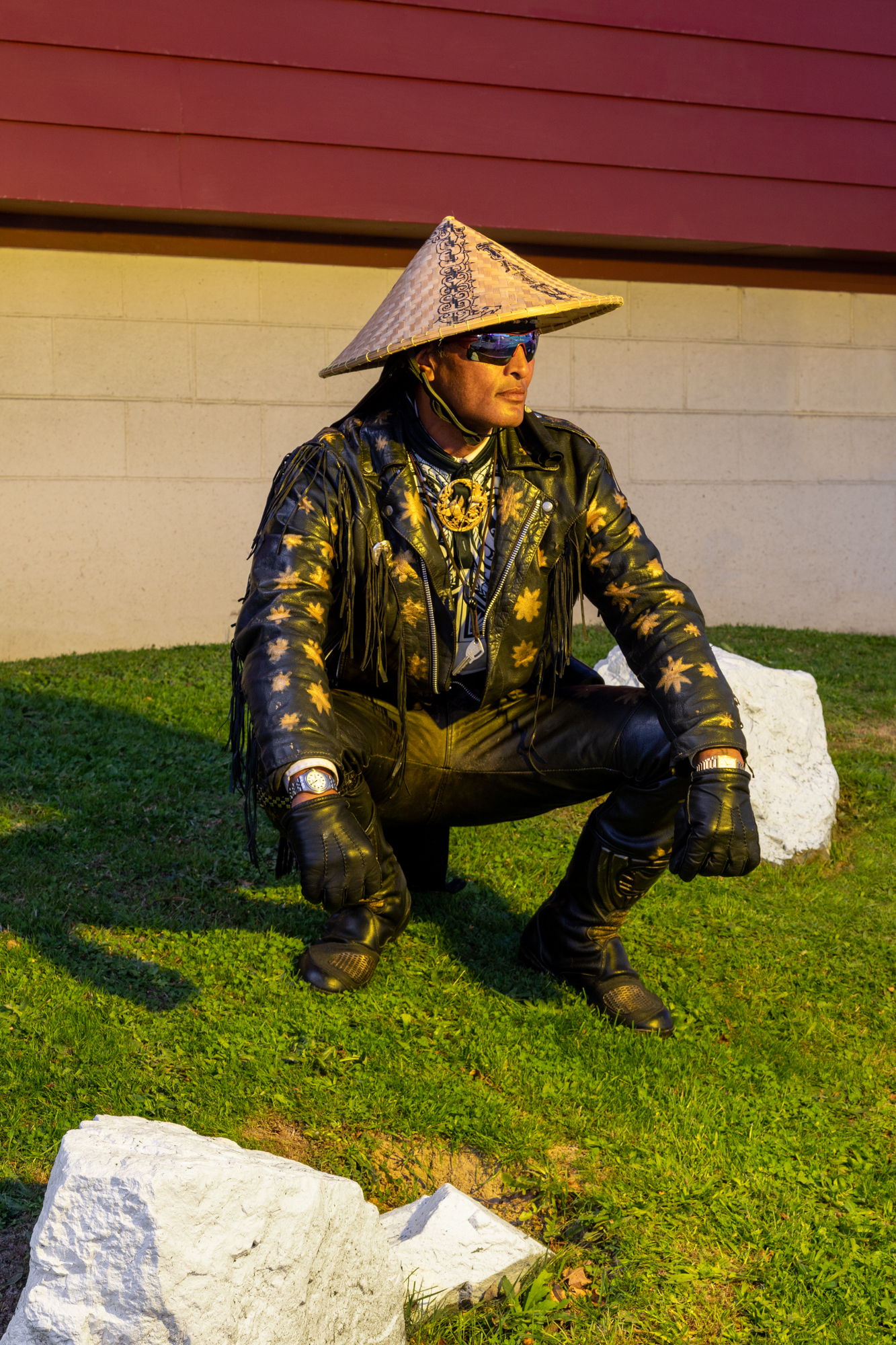 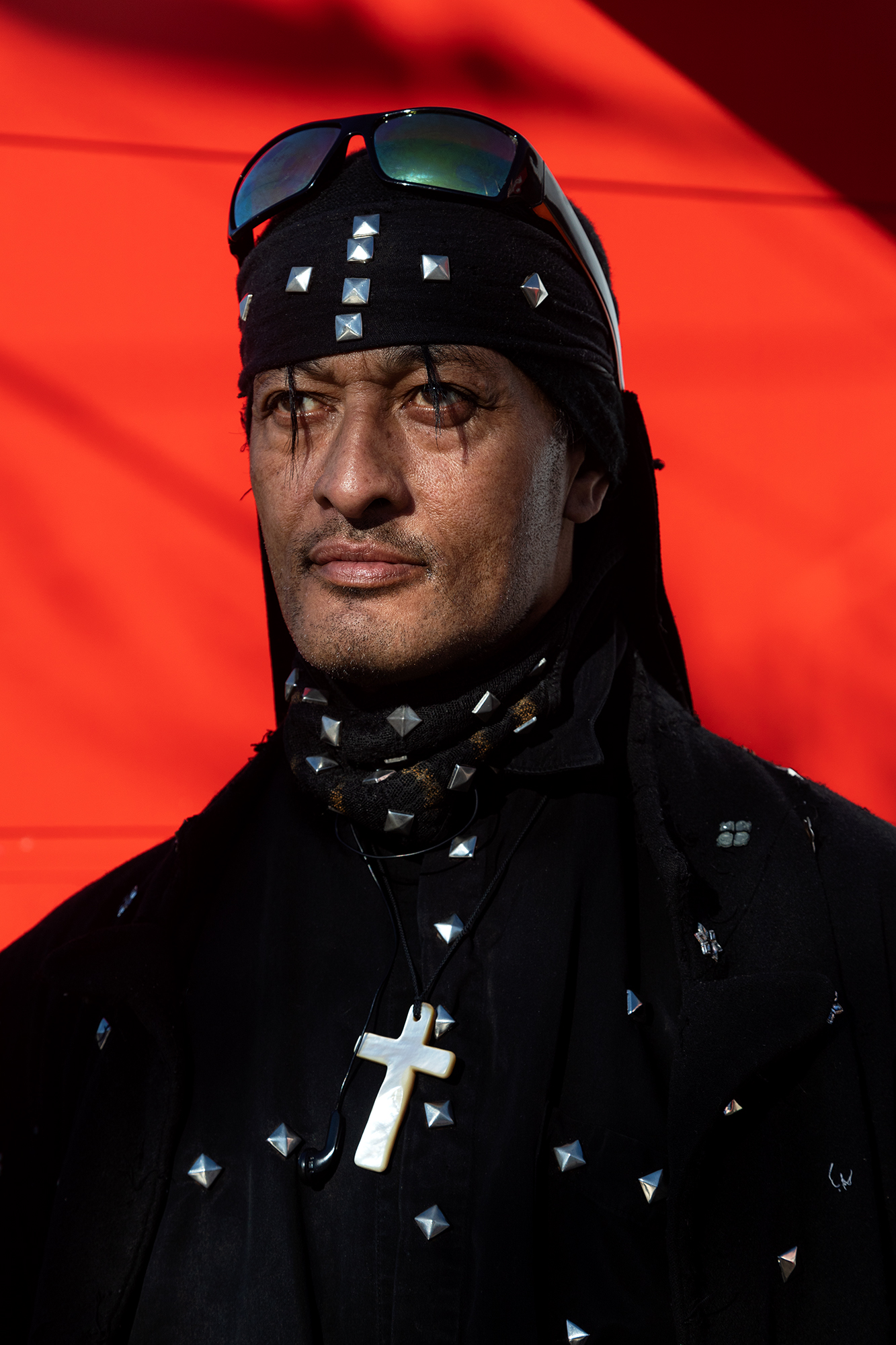 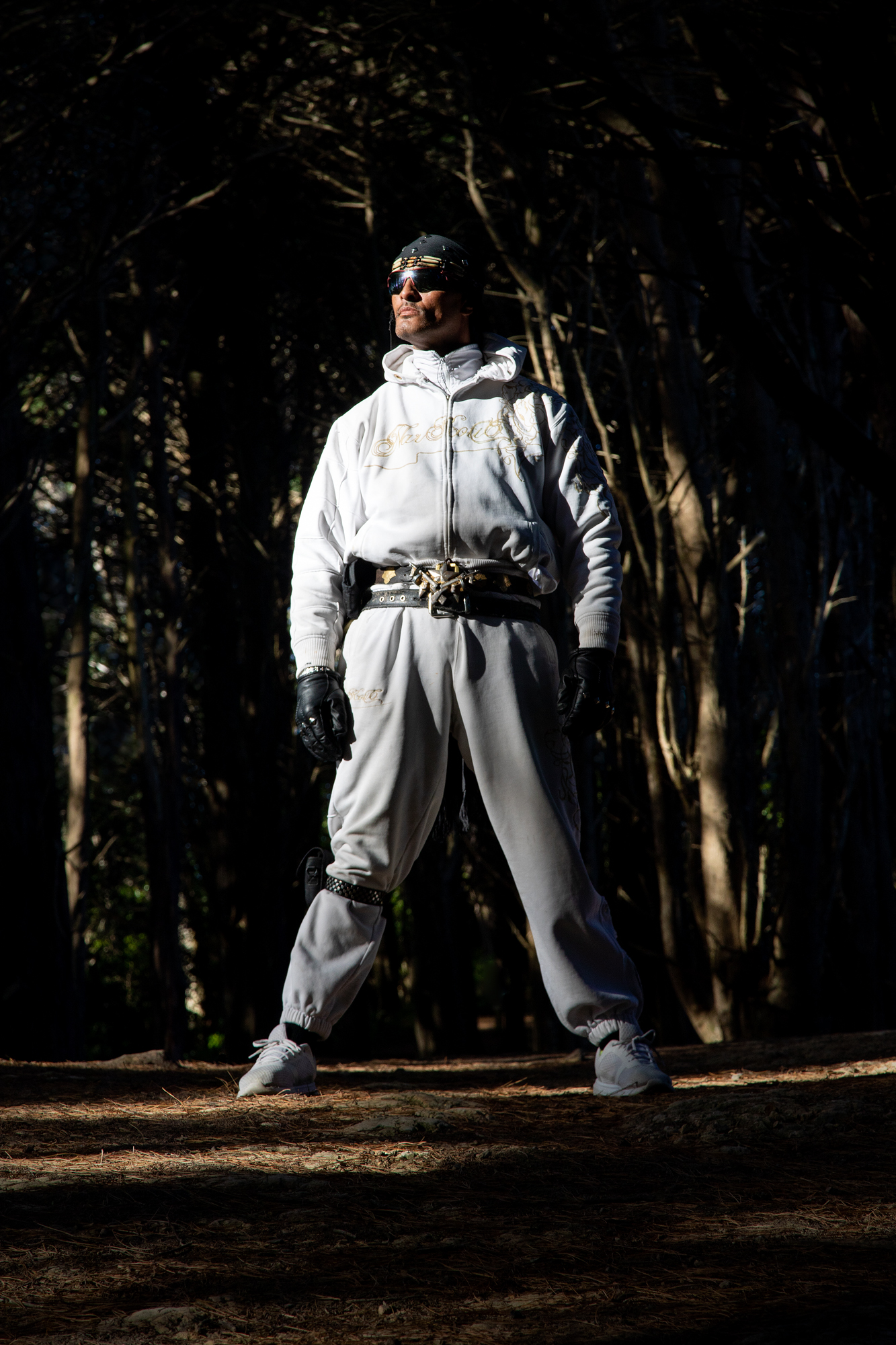 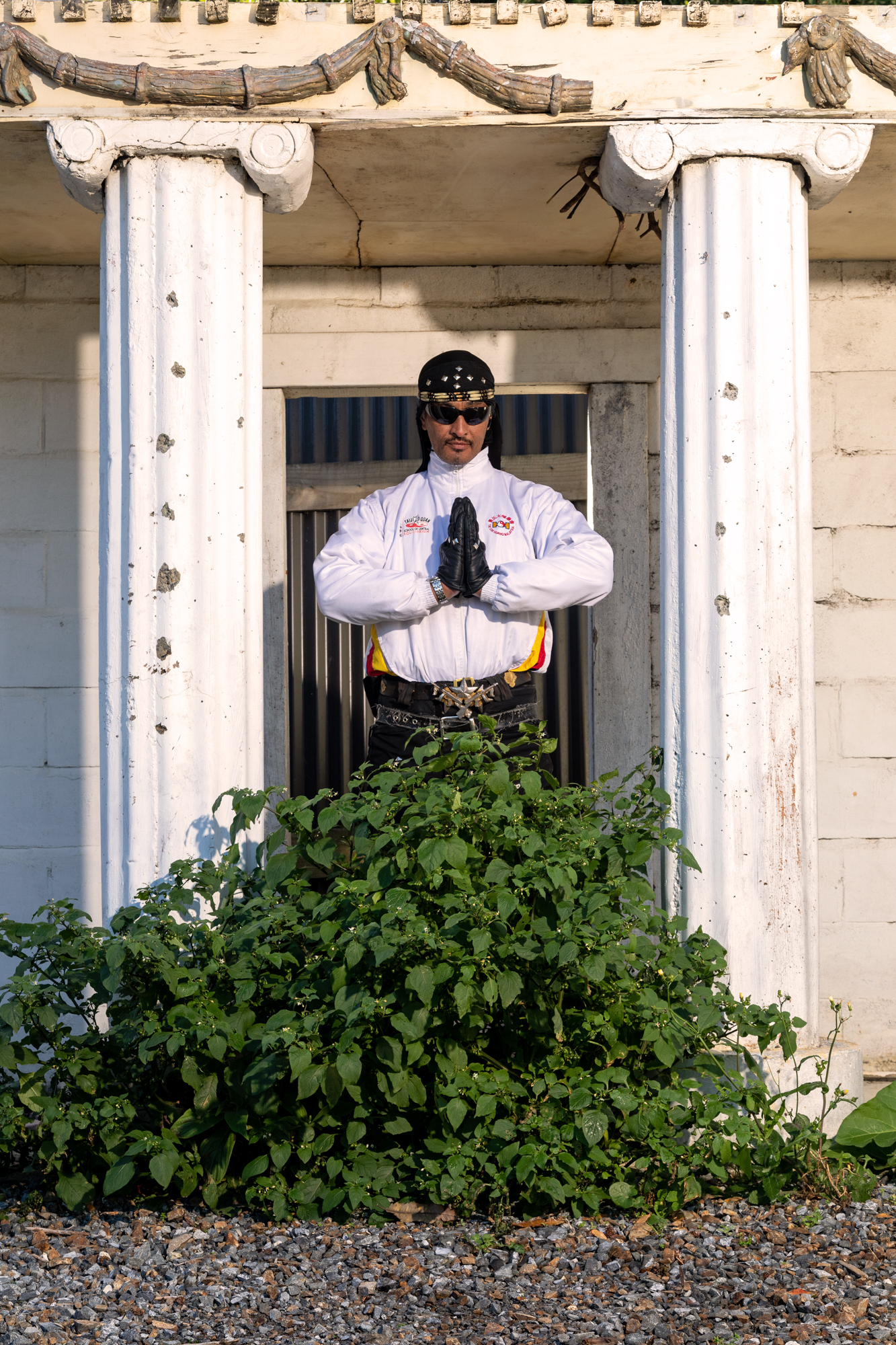 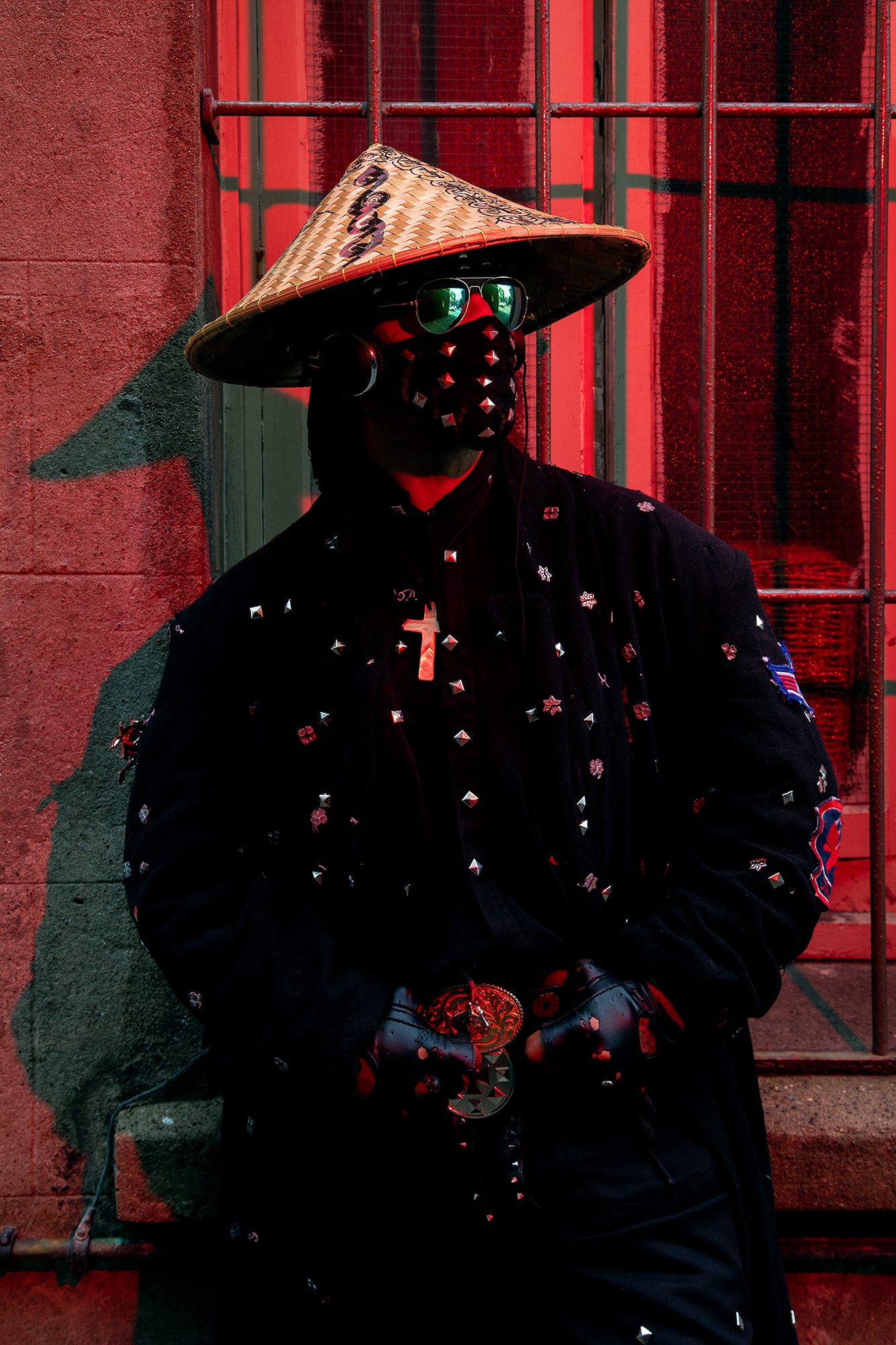 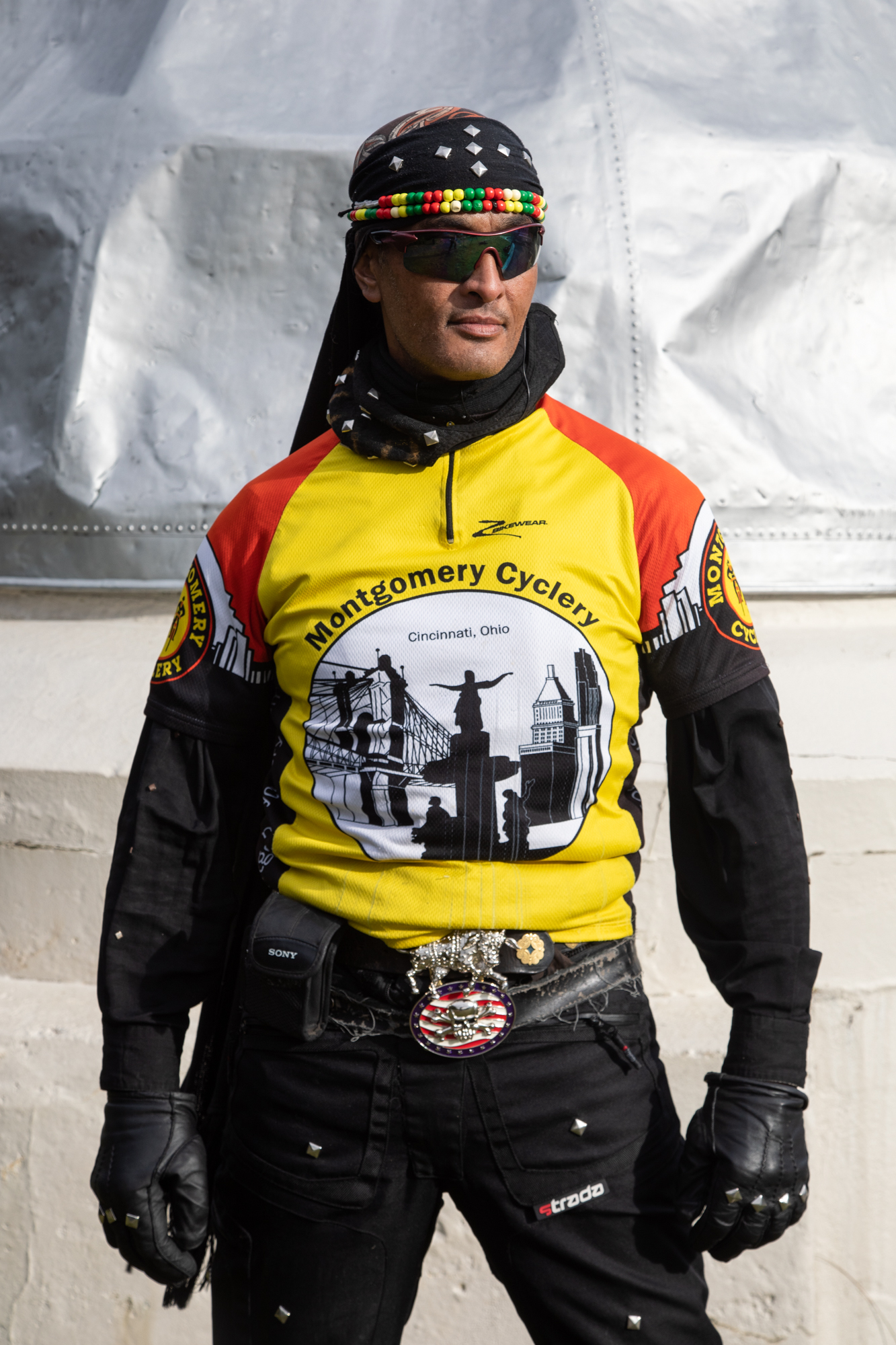 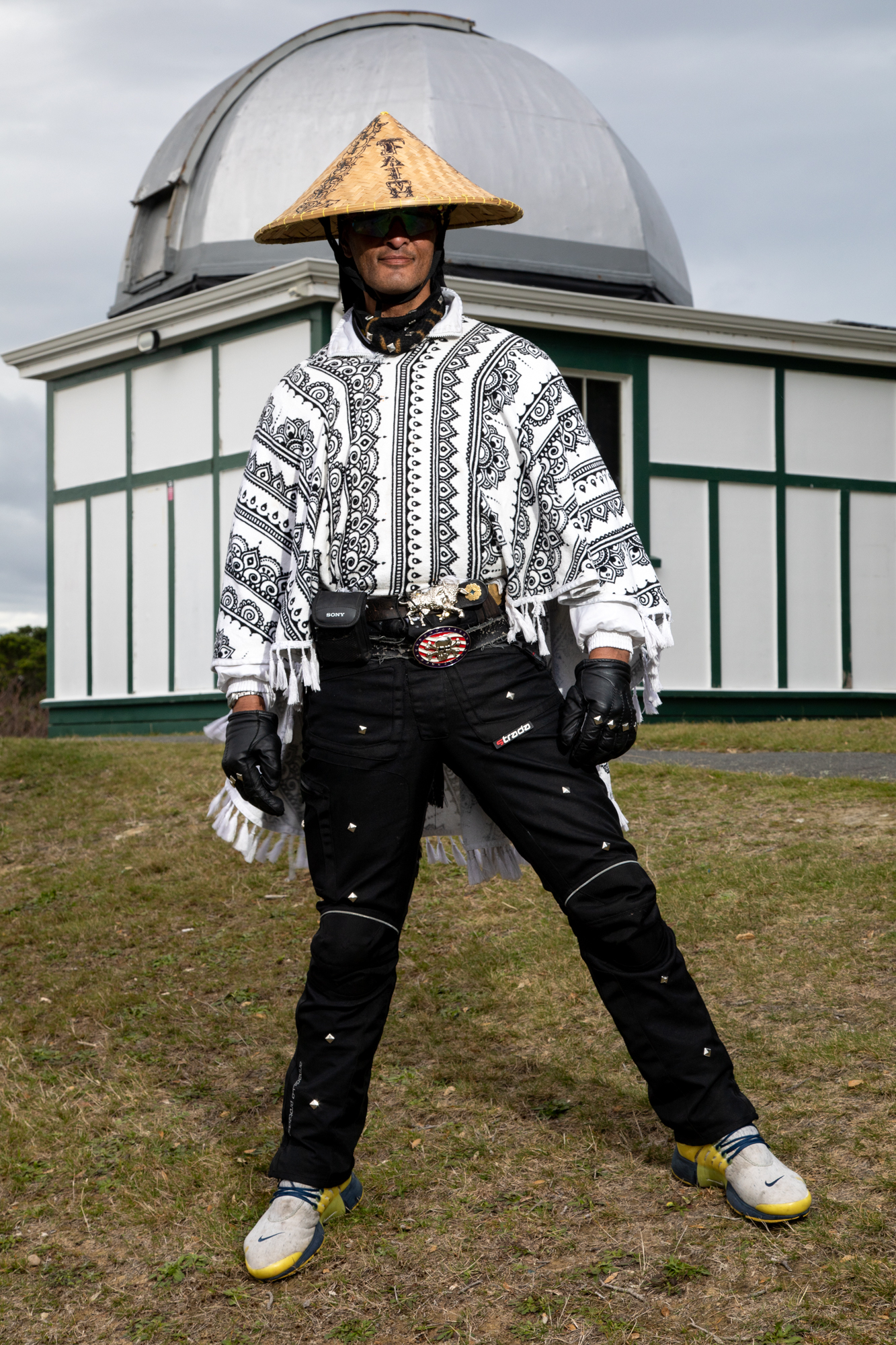 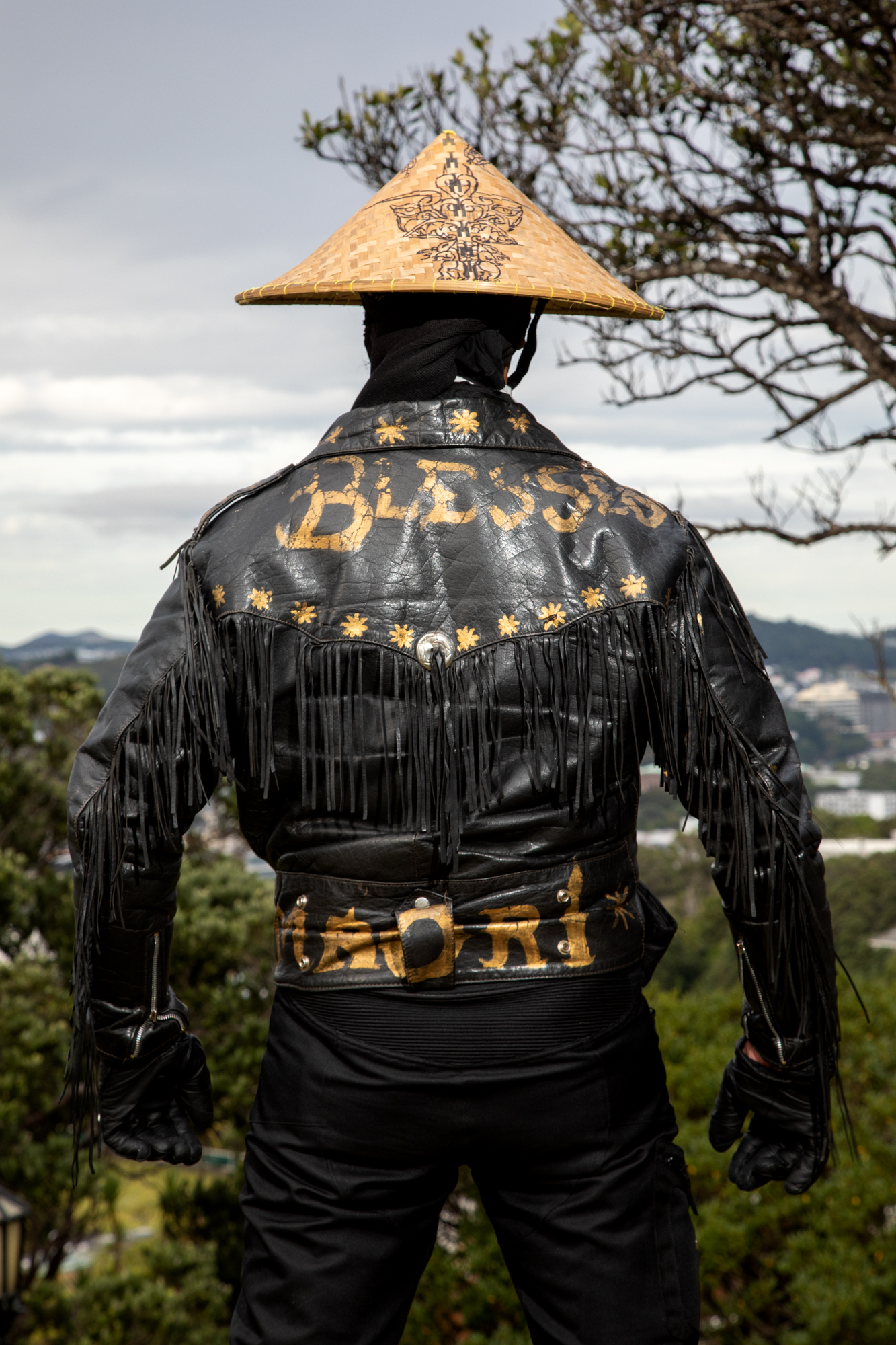 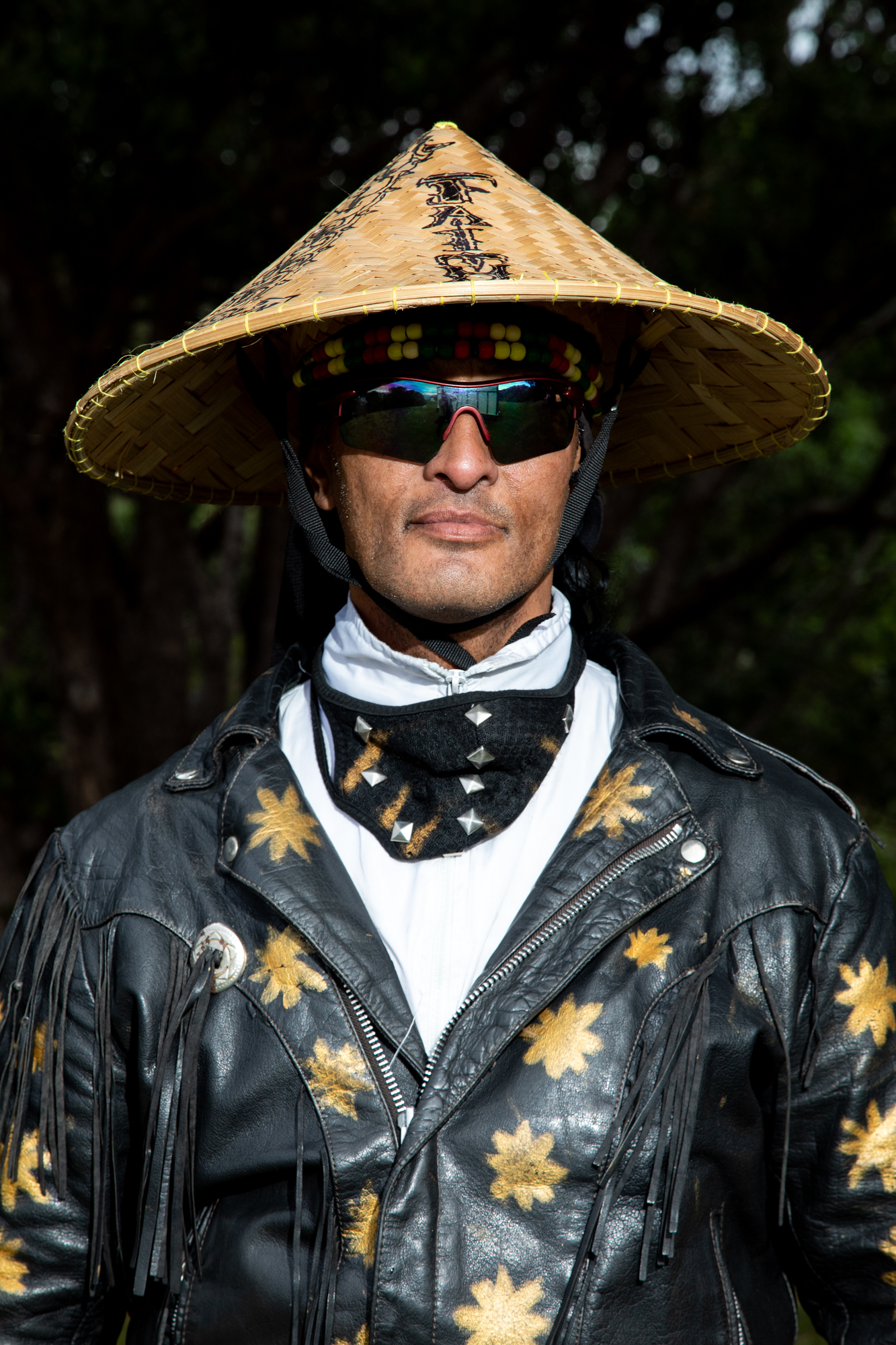 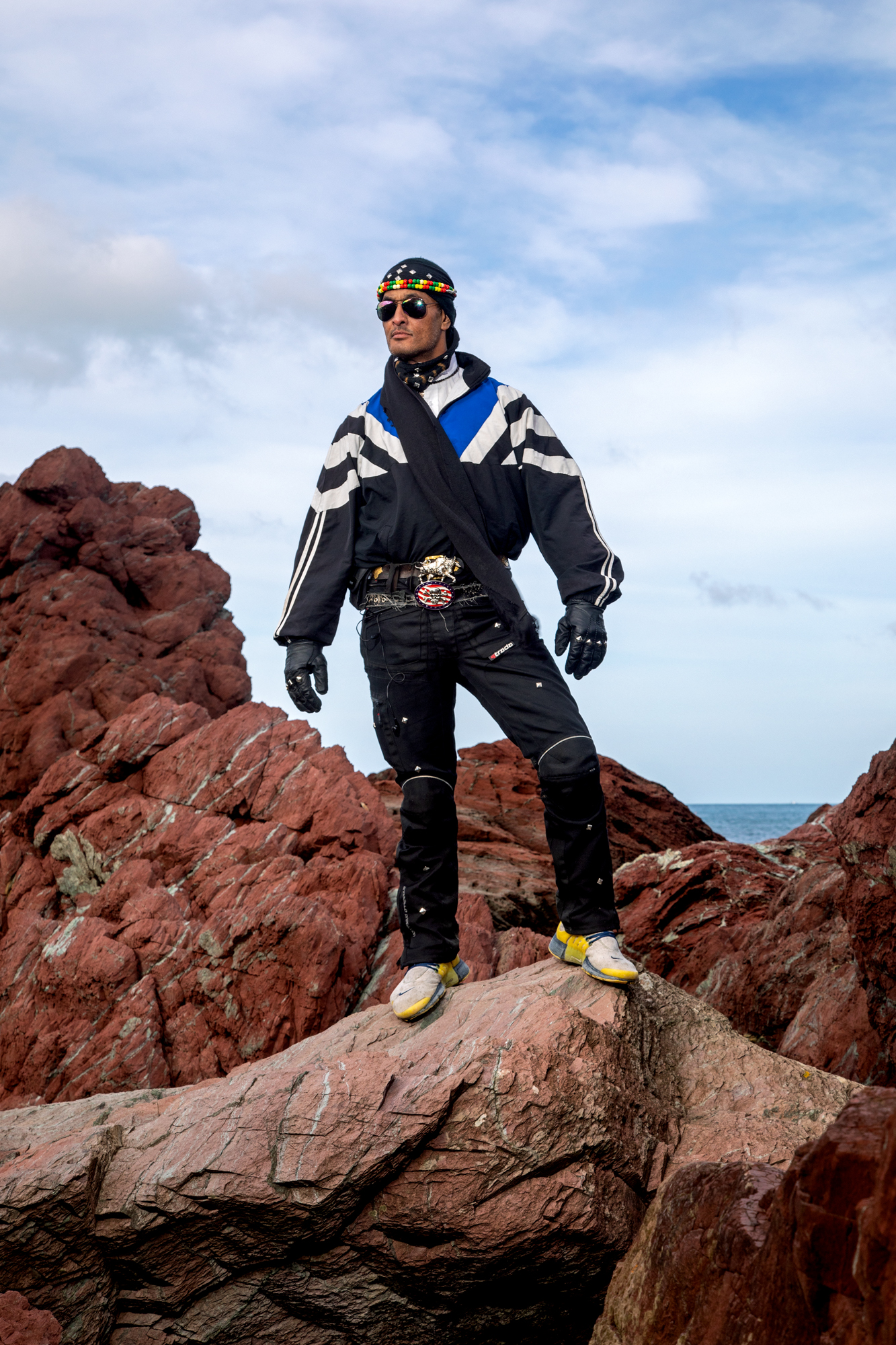 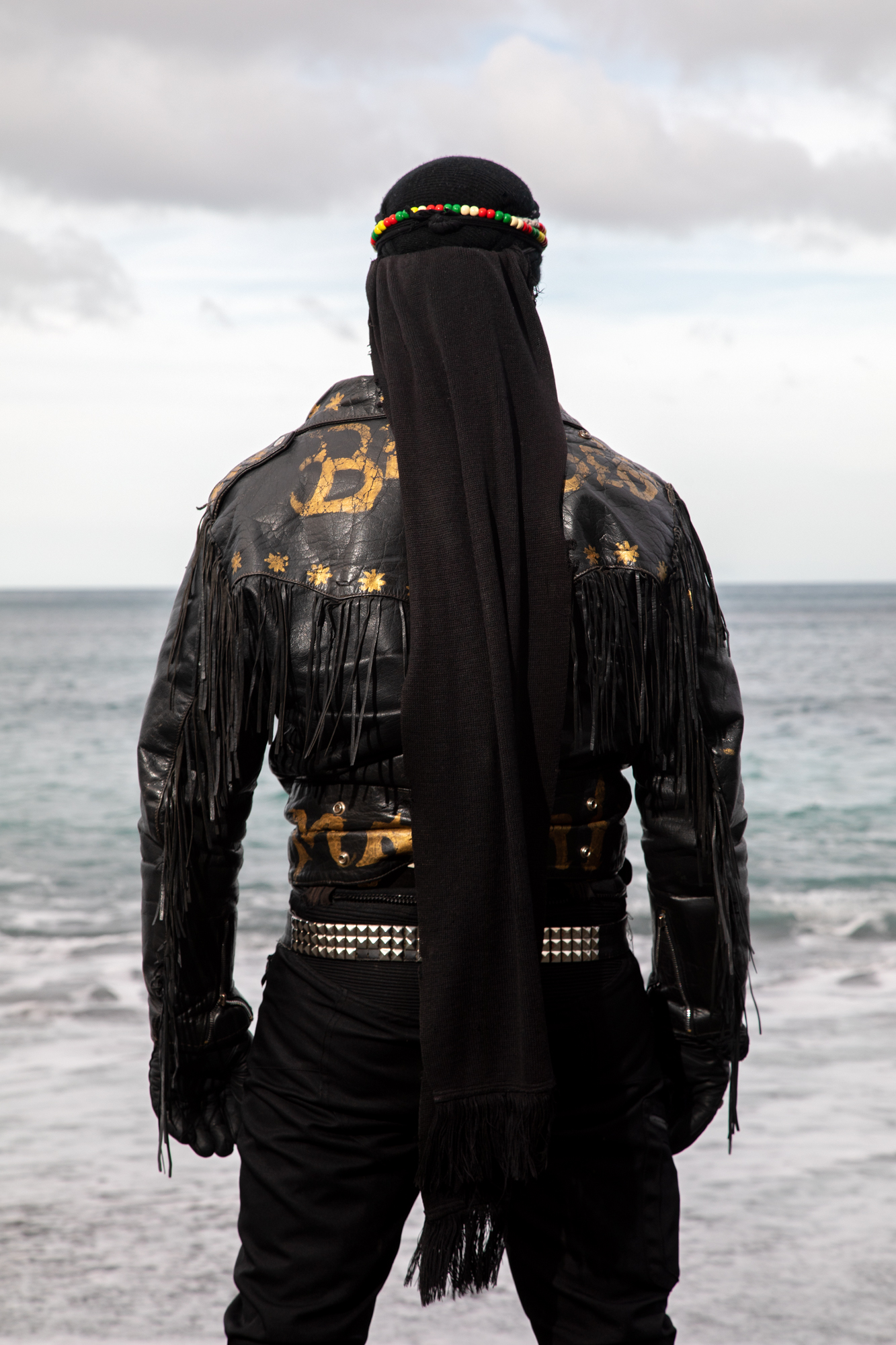 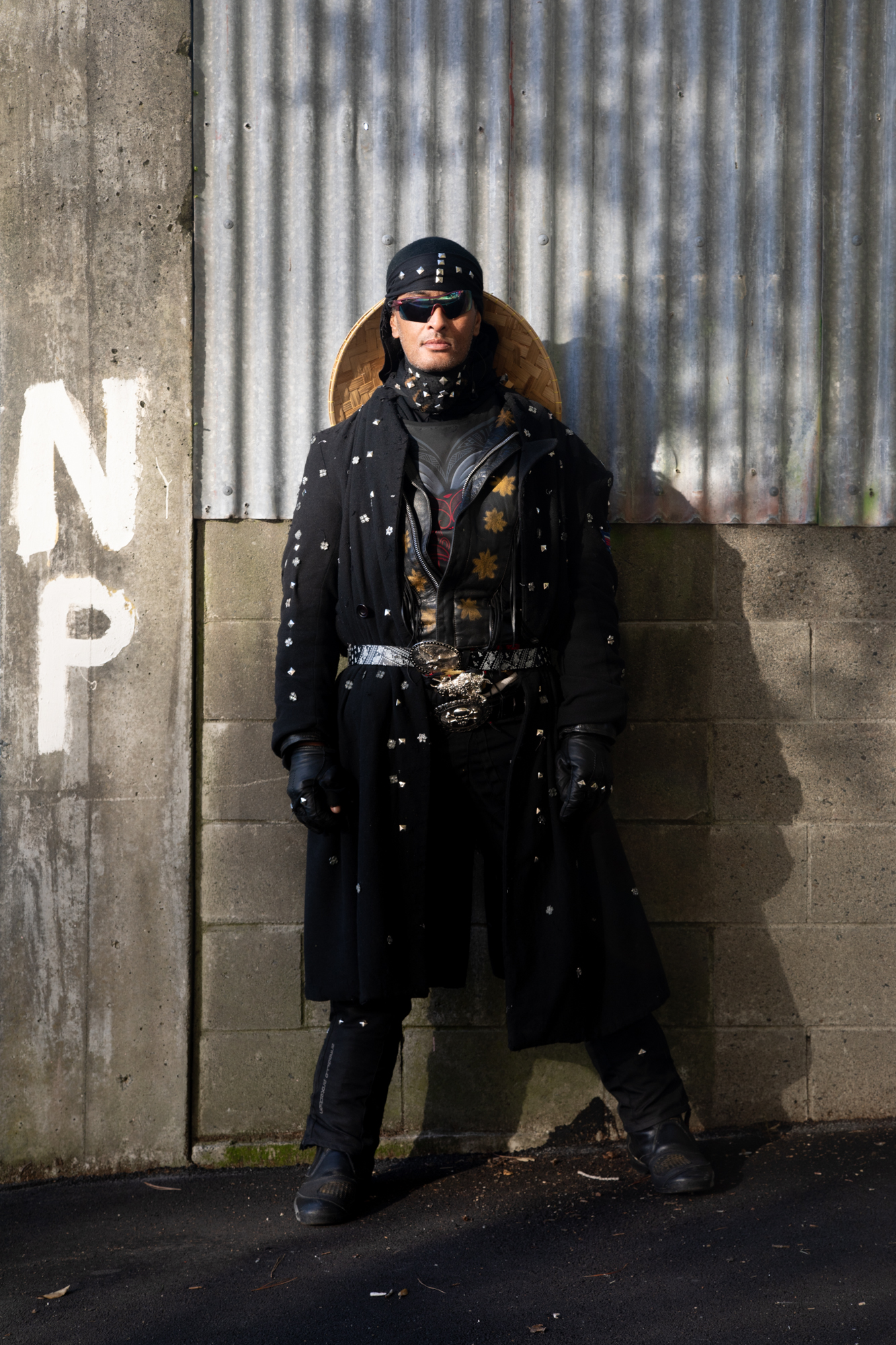 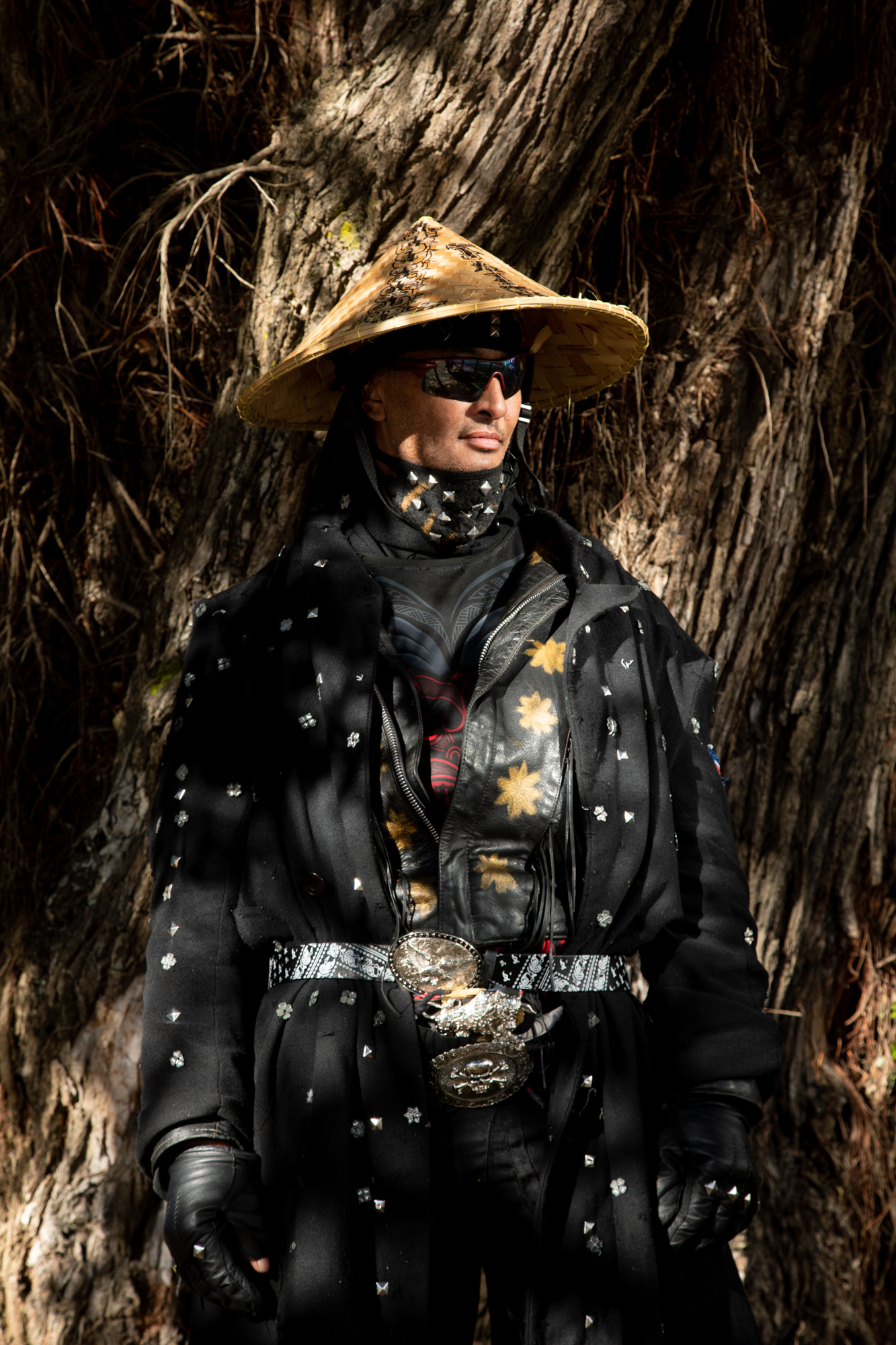 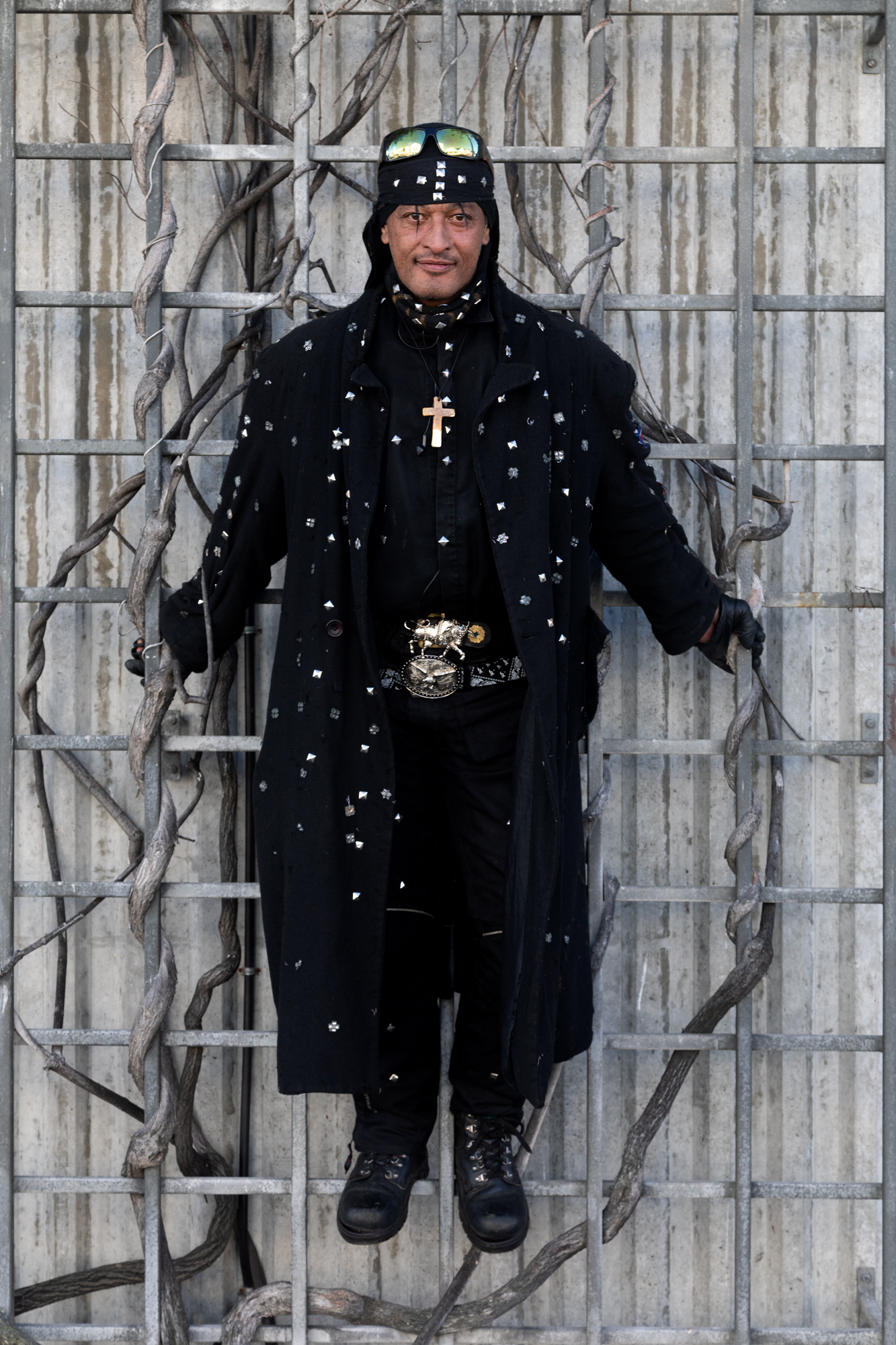 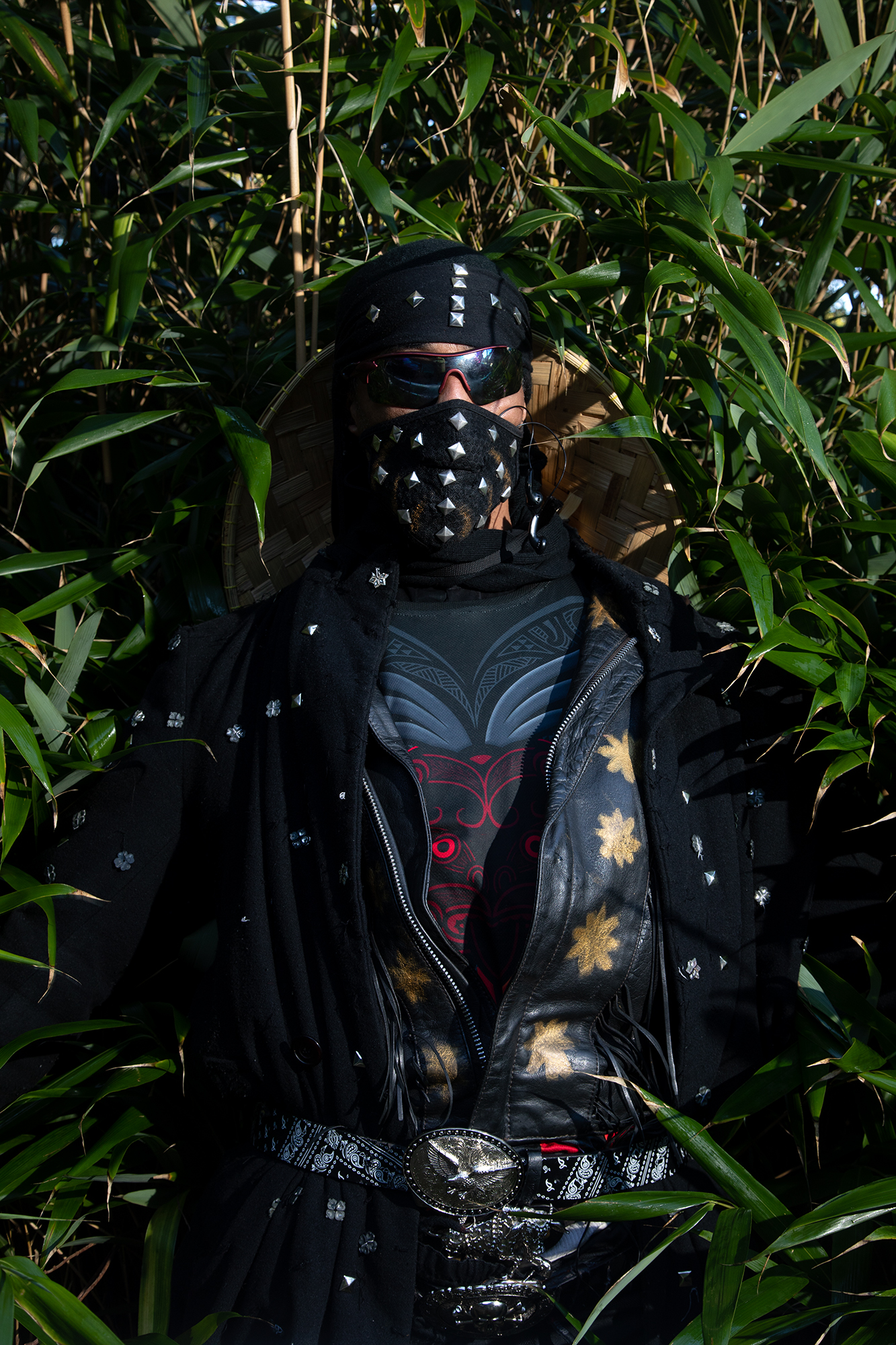 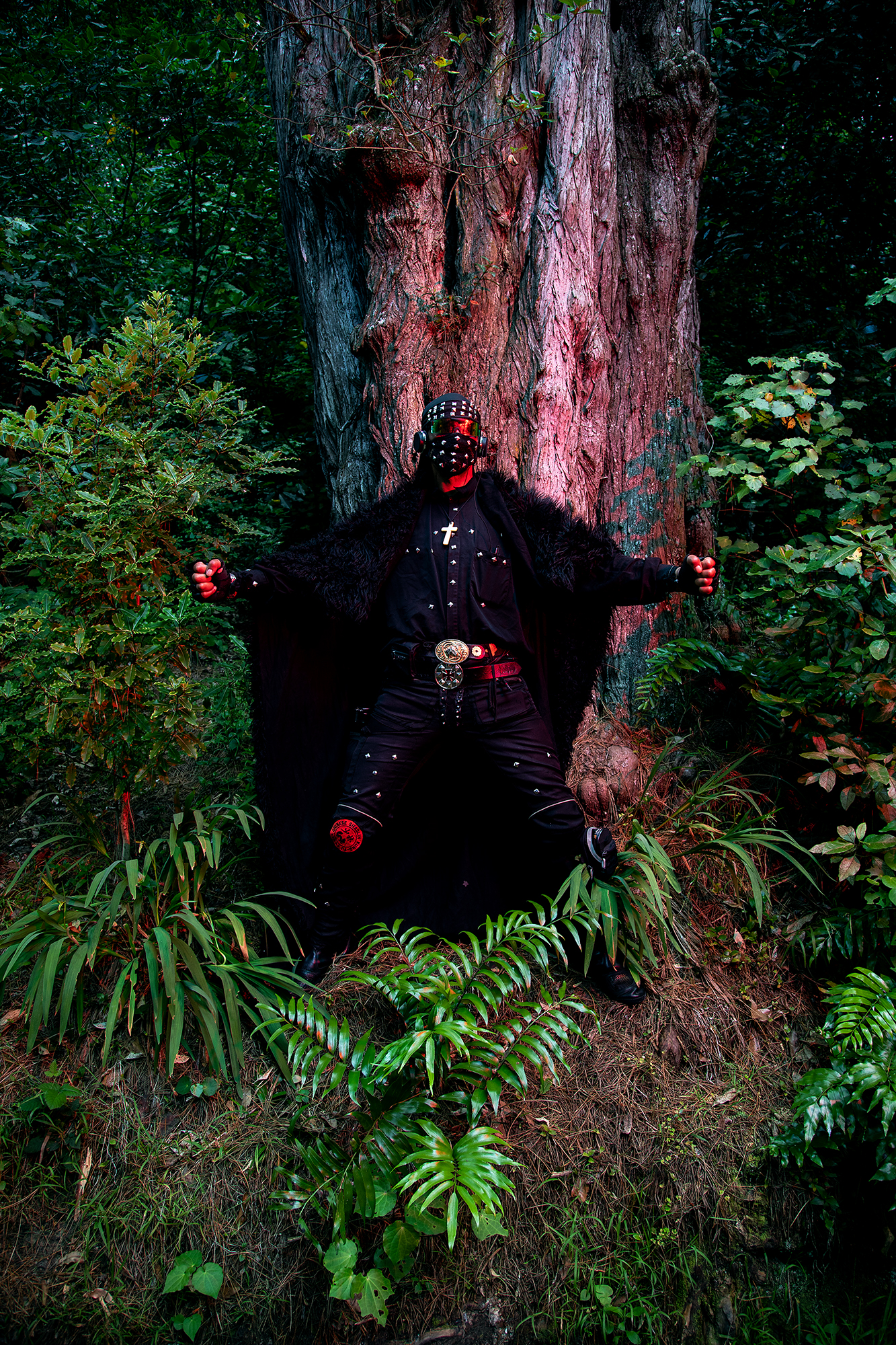 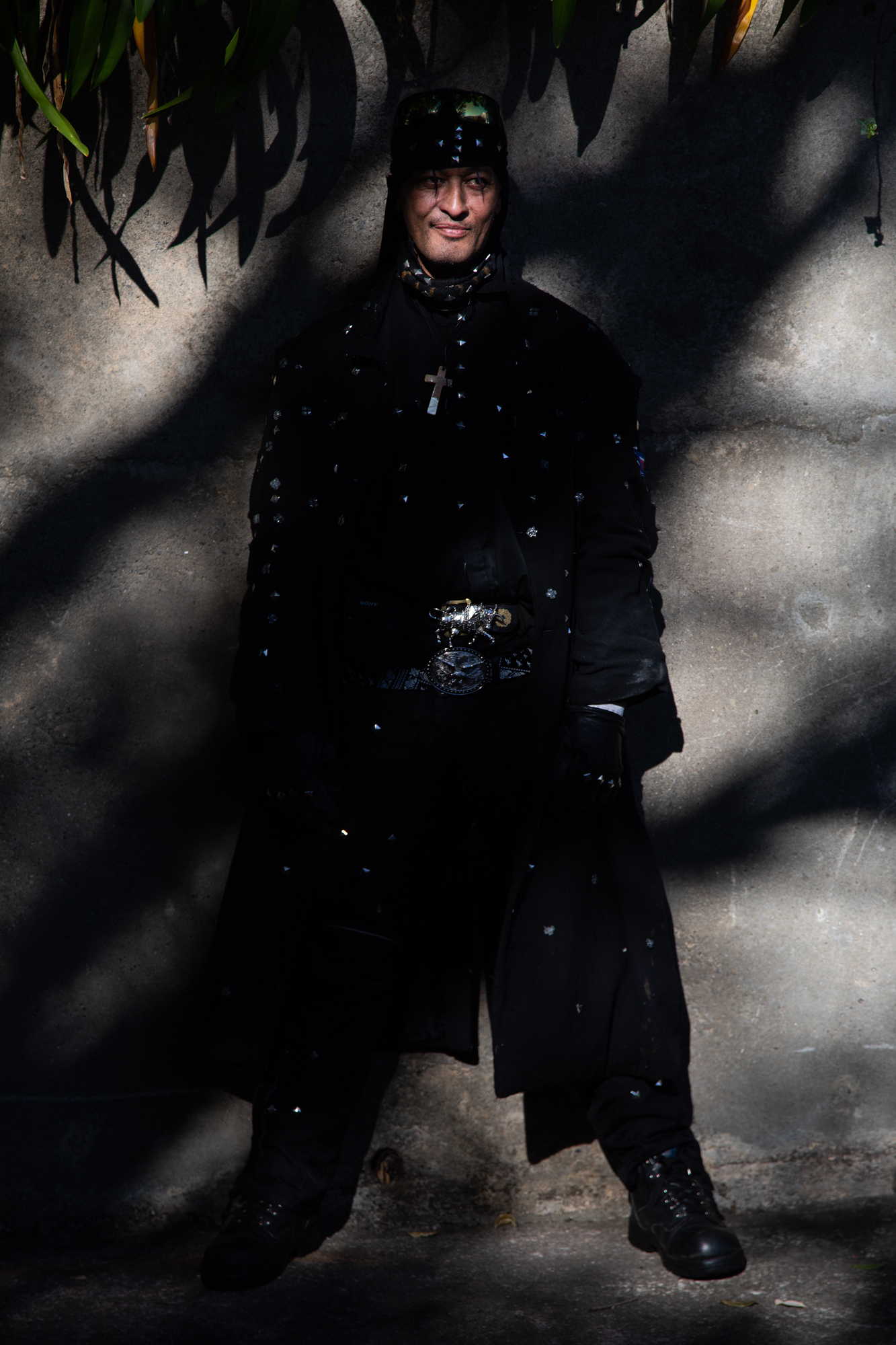 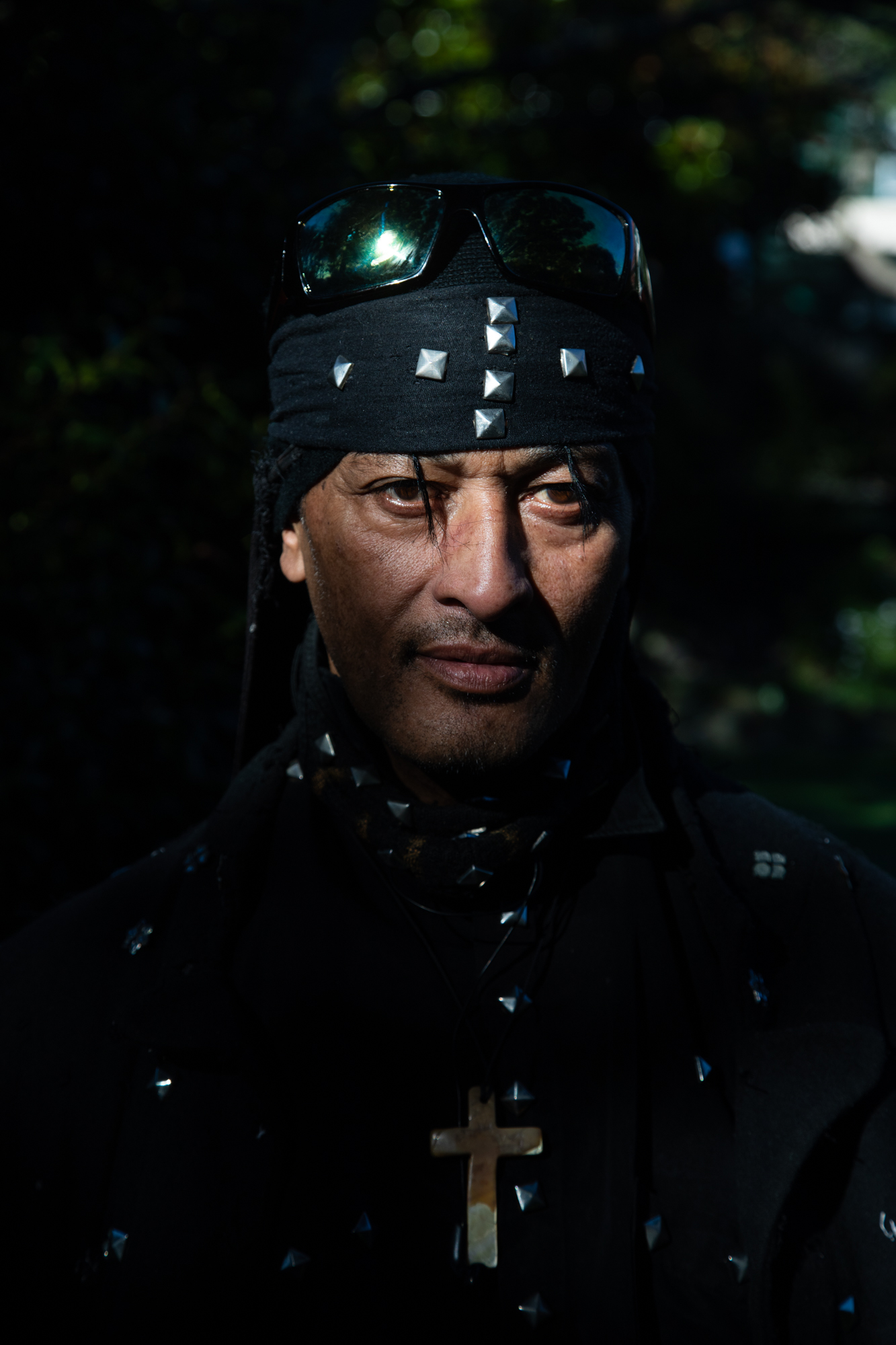 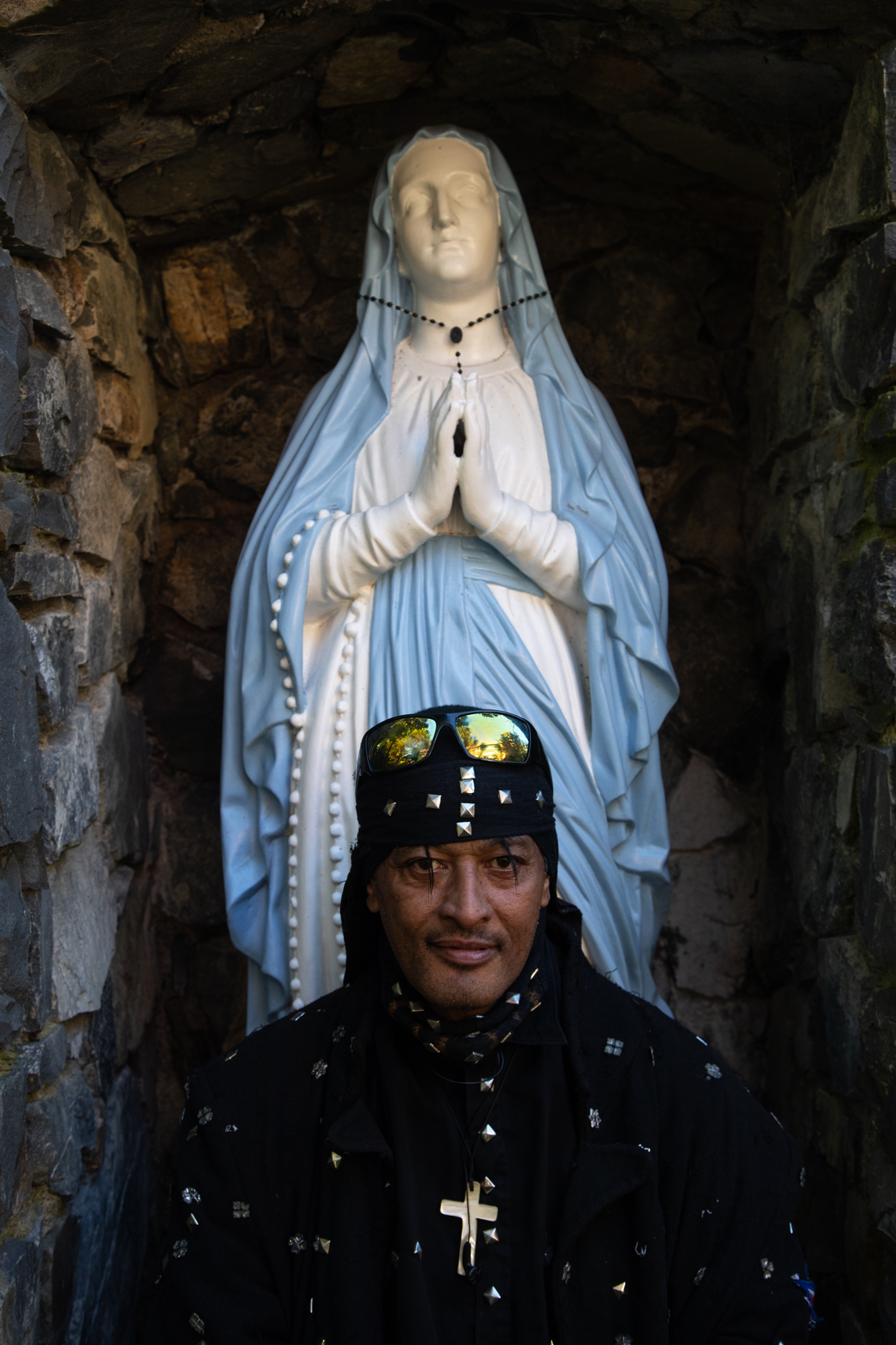 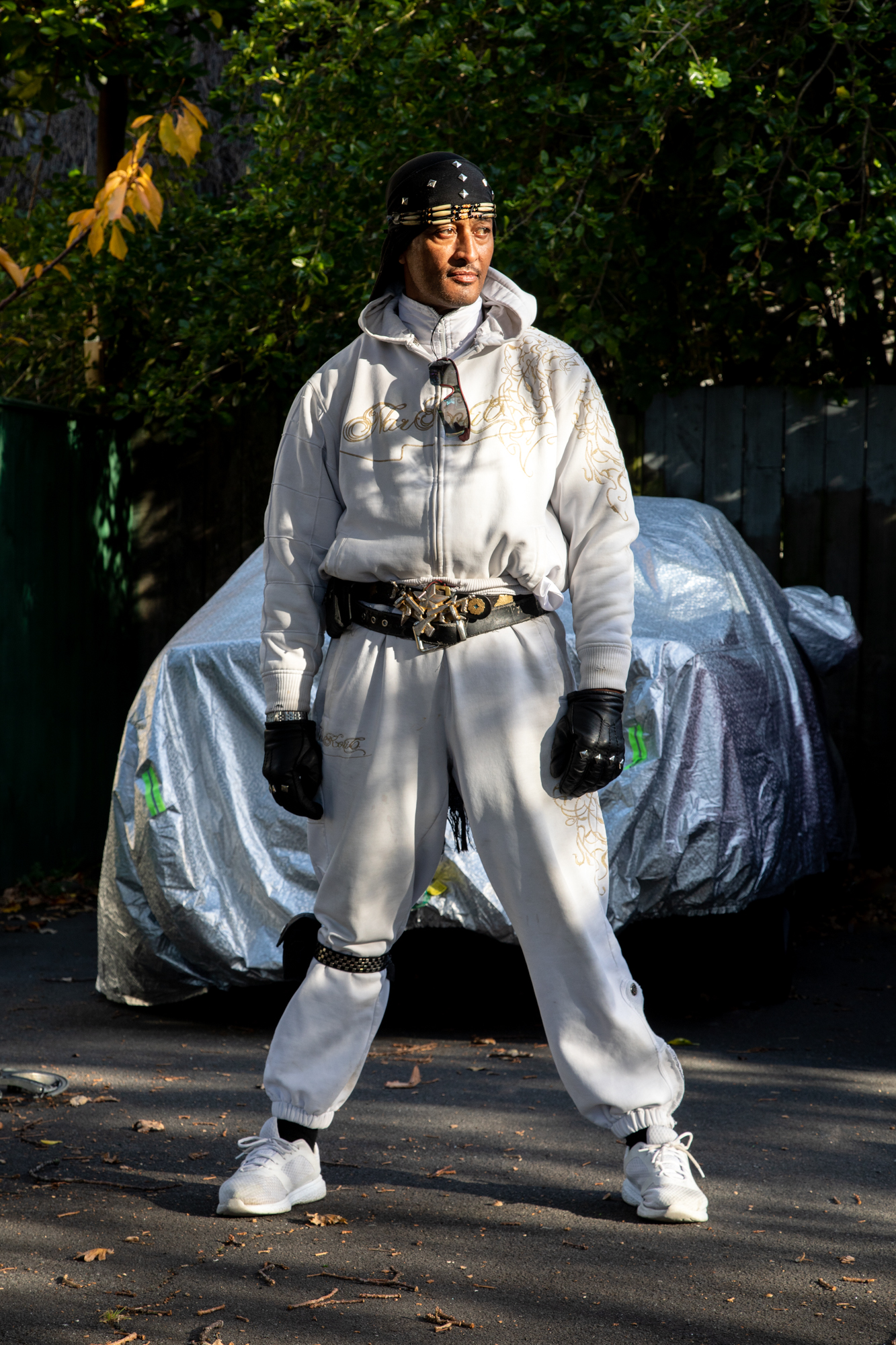 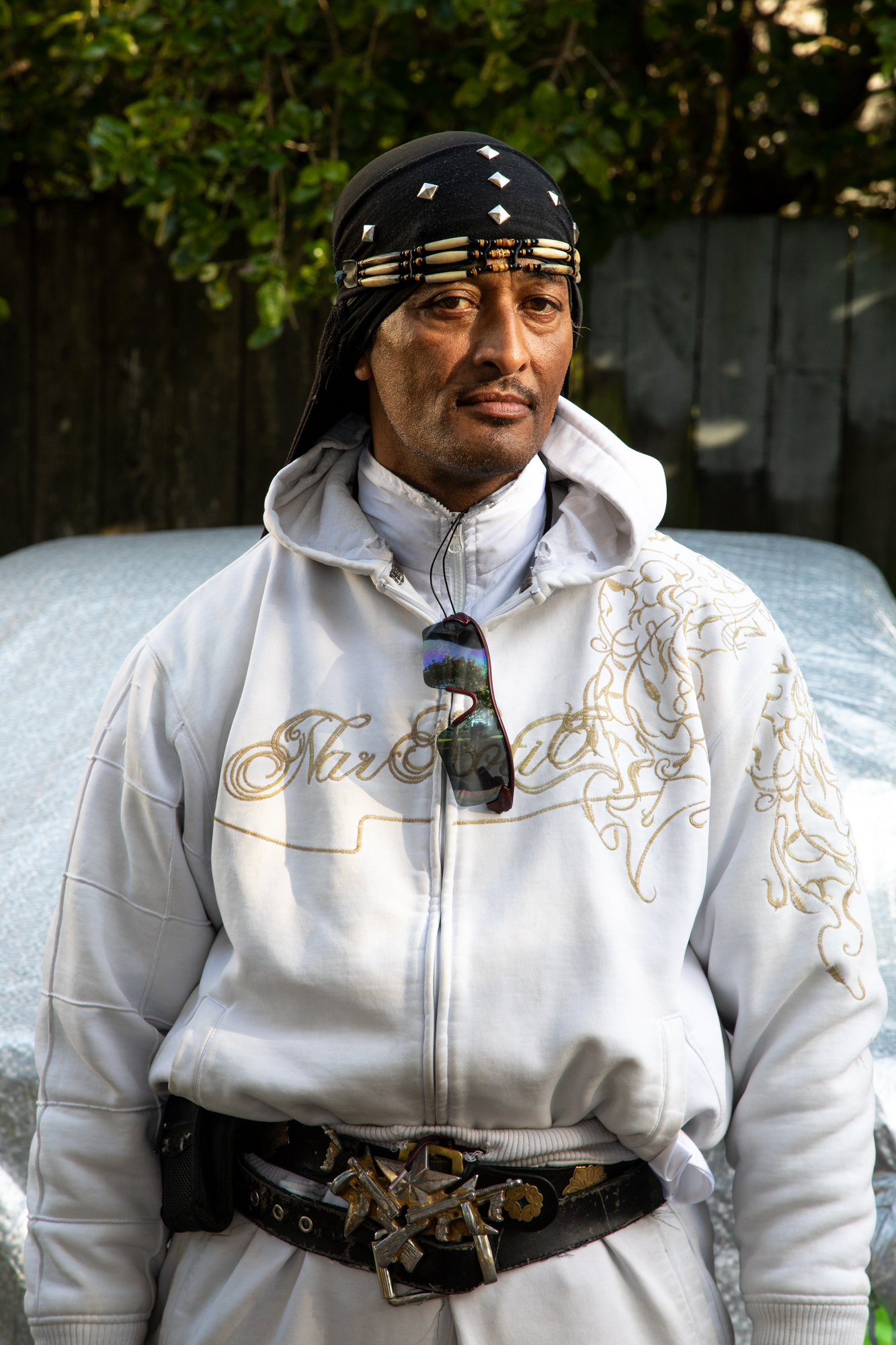 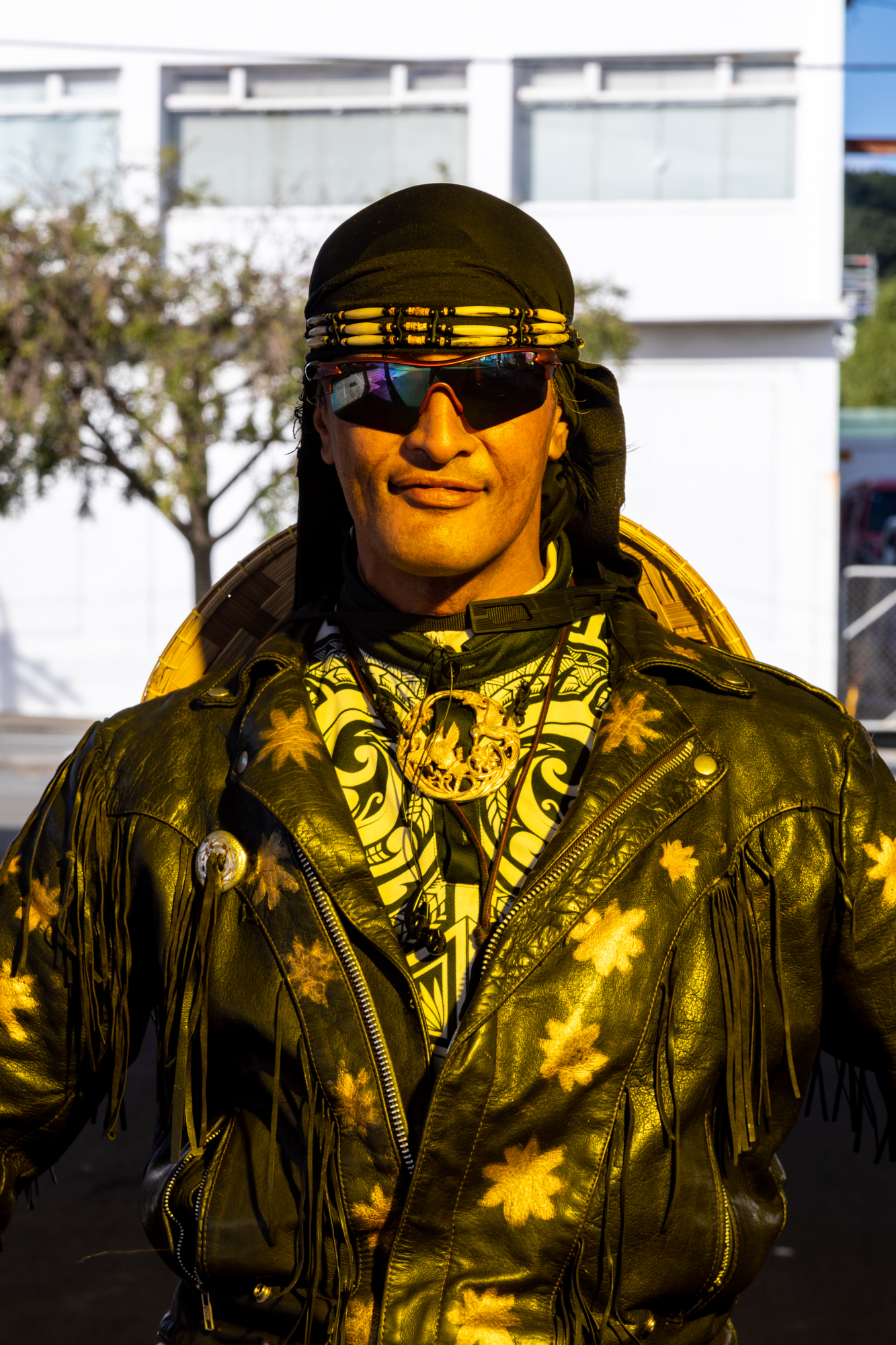 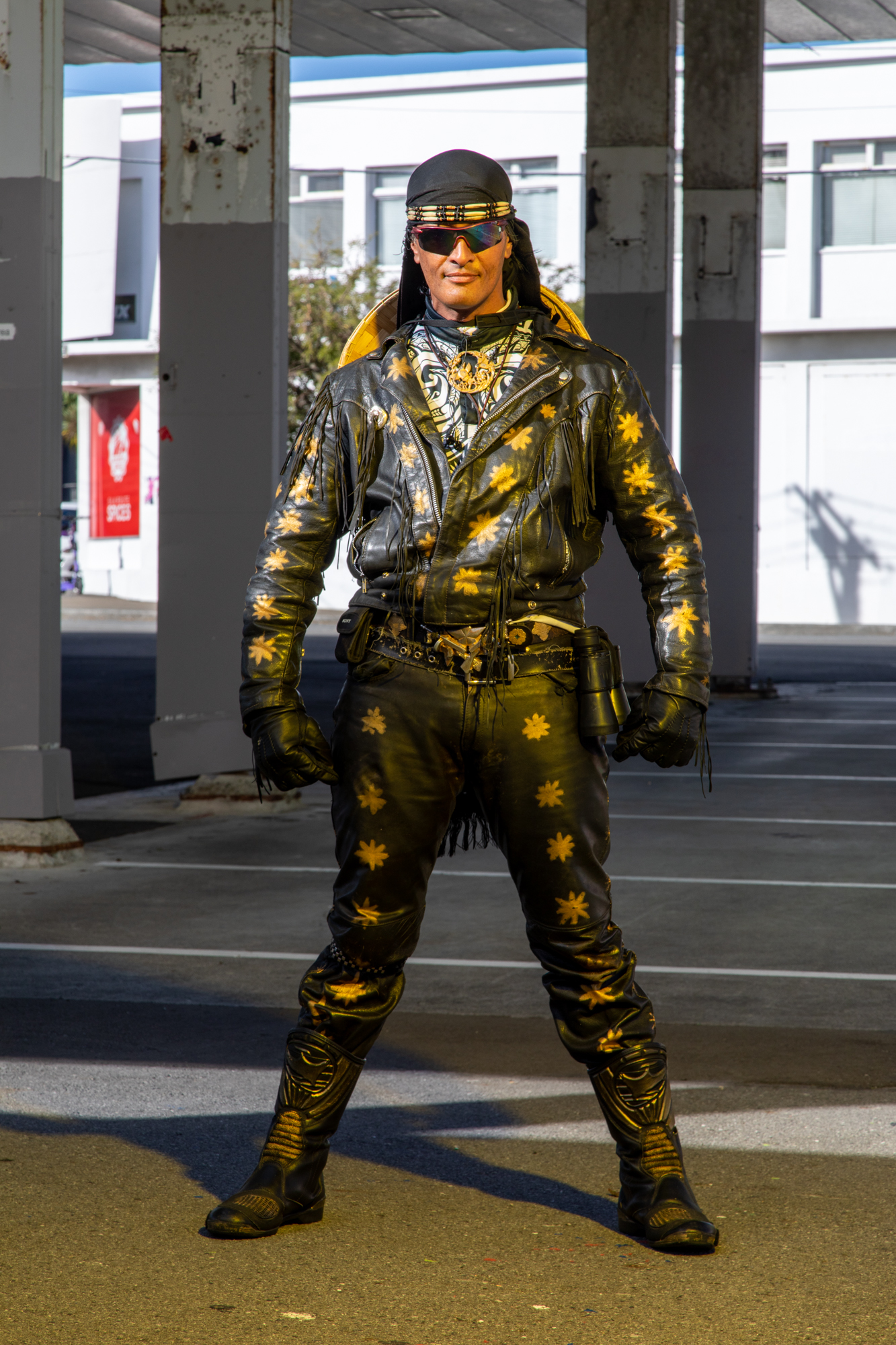 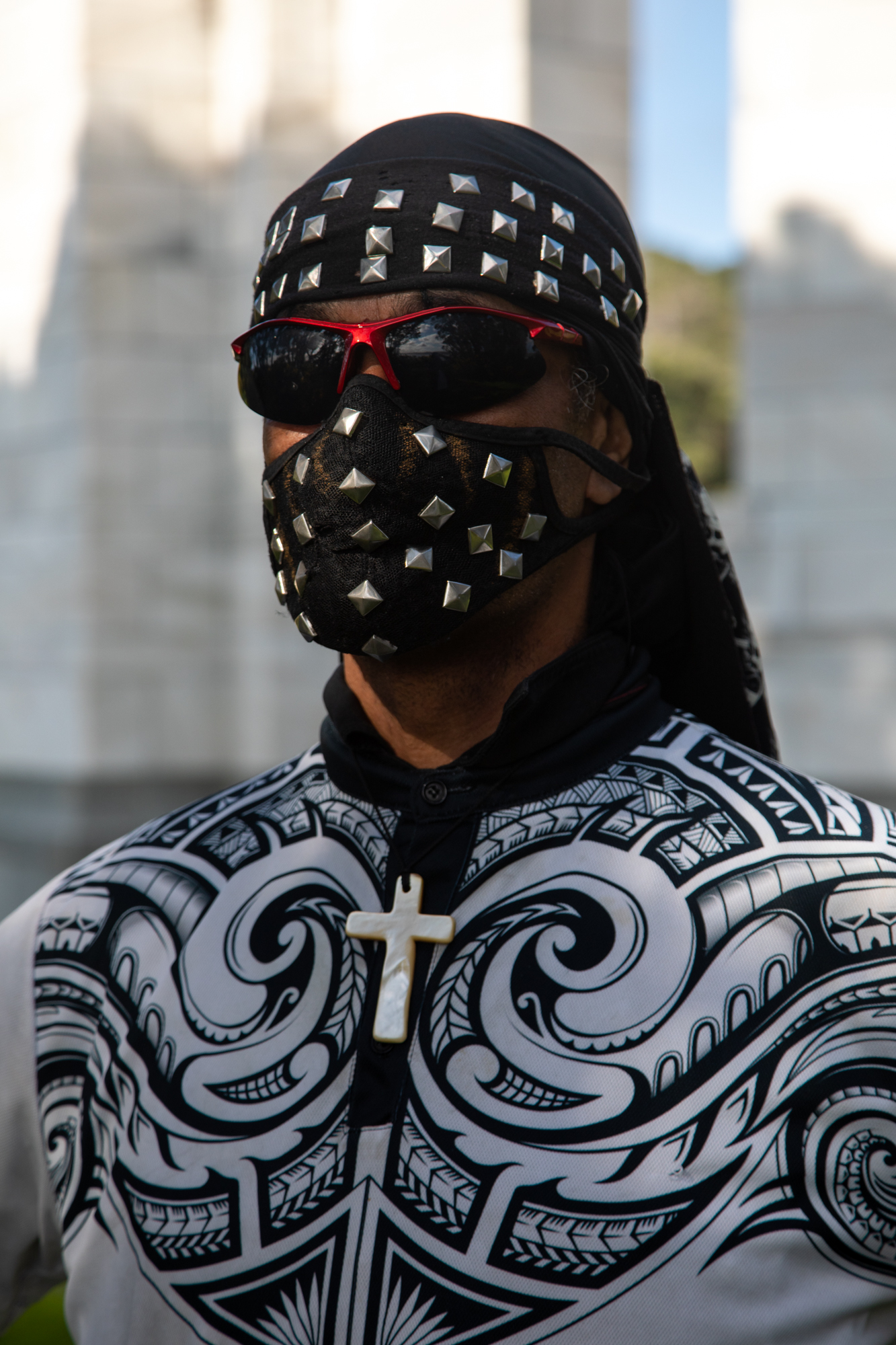 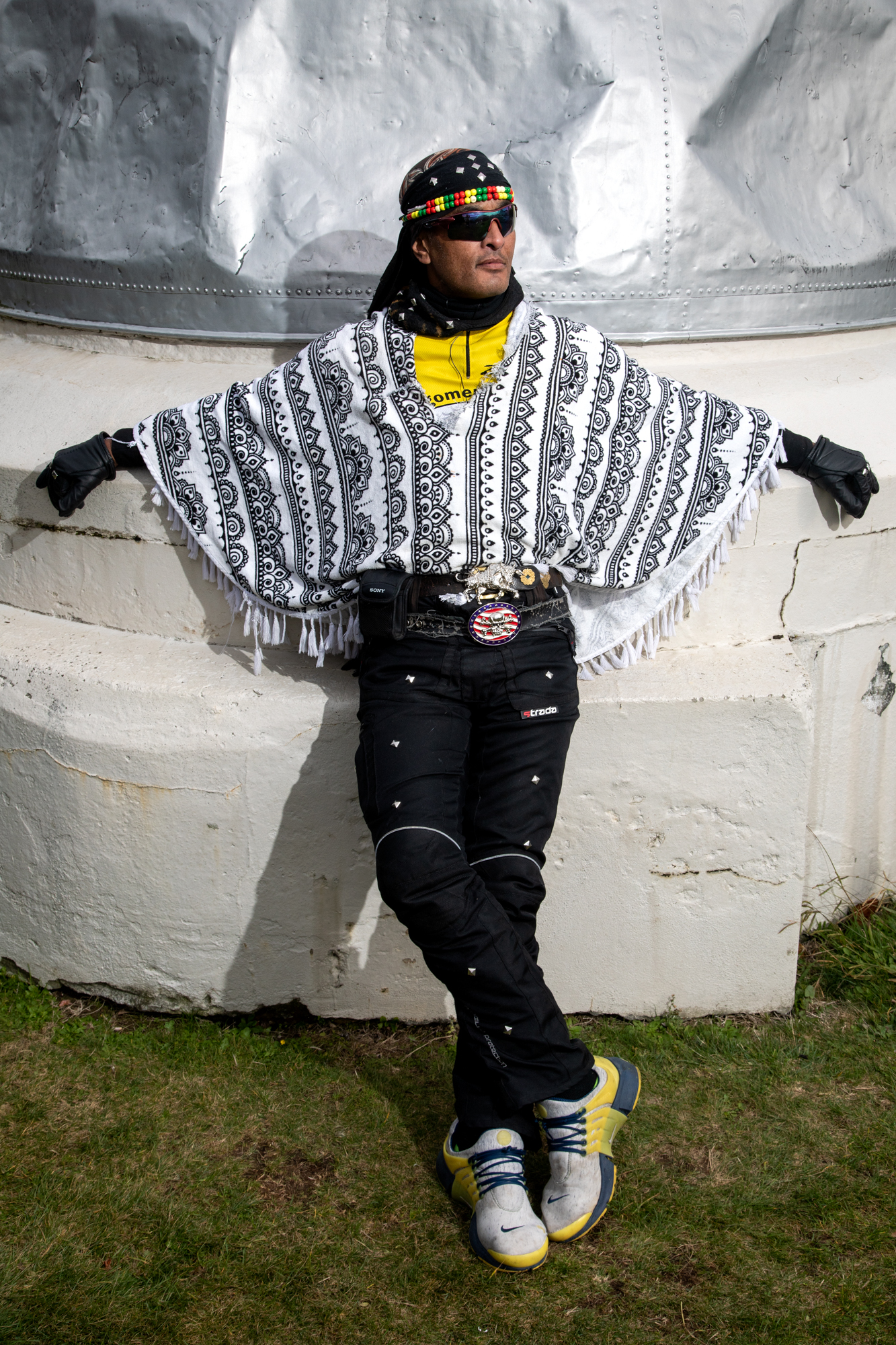 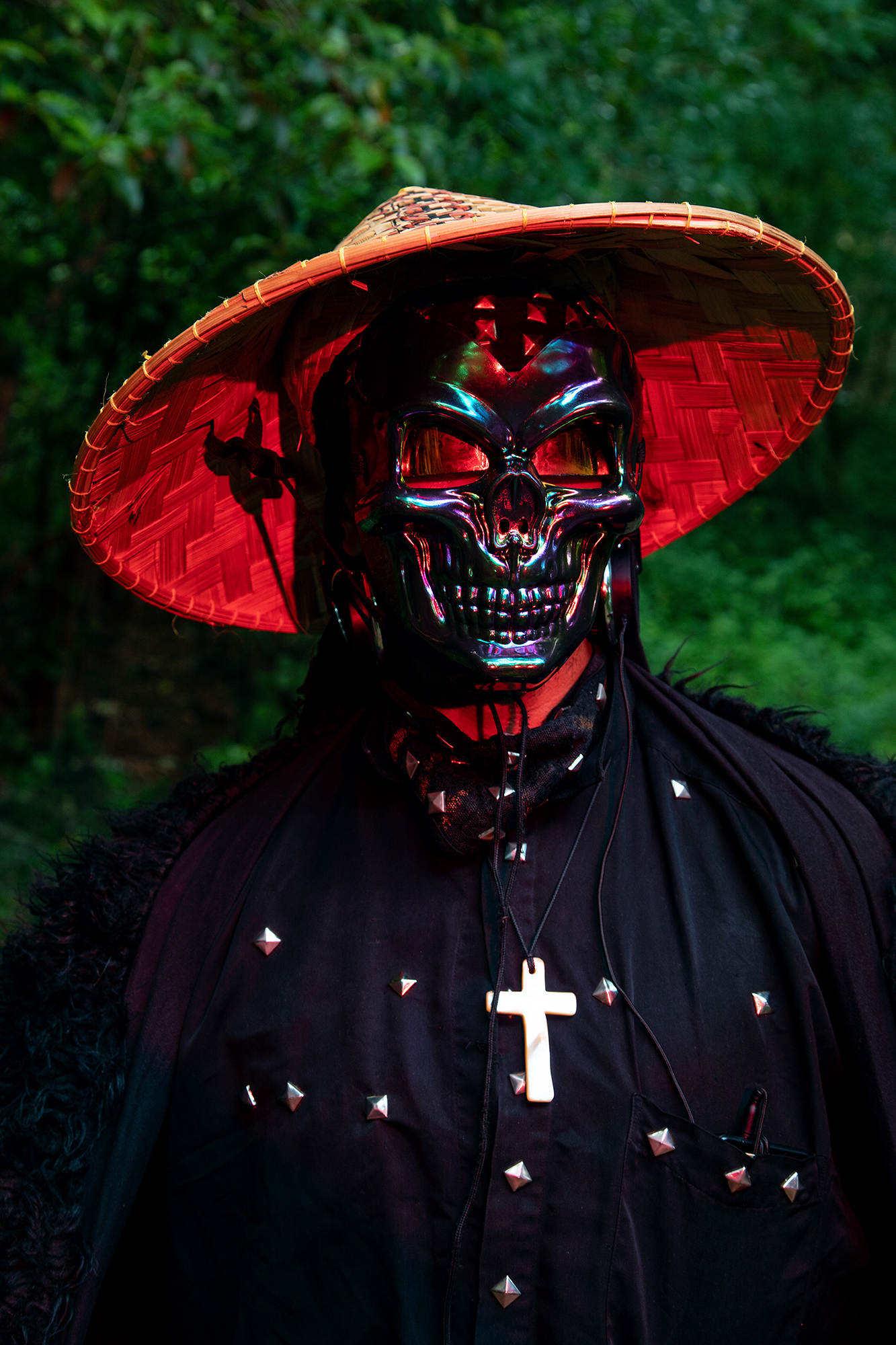